The Giant's starting quarterback sold his waterfront home in Hoboken, NJ for $3.55 million - a record-breaking price for the area. This is the most expensive price anyone had paid for a condo in the city's history. The second most expensive residential sale was $3.3 million back in 2015. 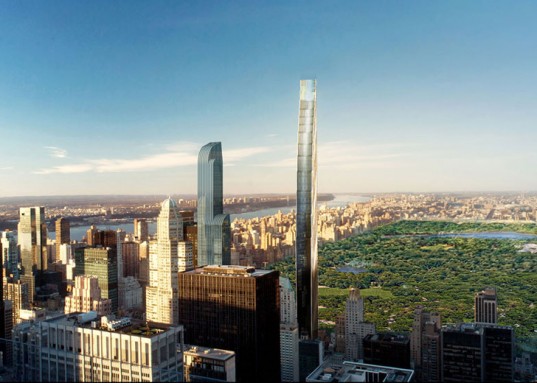 This stunning three bedroom, three-and-a-half bathroom home in Frank Sinatra's old "hood is in the Hudson Tea Building," which was once the headquarters and factory for ever-popular Lipton Tea. The condo features 10-by-12 foot windows that overlook the Hudson River, a state of the art chef's kitchen, and a master suite wing.

Manning and wife, Abby McGrew have lived in the condo since 2008 when they moved to accommodate their expanding family. This posh pad has a famous history including, former Giants star Jeremy Shockey, "The Bachelor" star Jesse Palmer, boxer Arturo Gatti and an ex-NJ governor and ex-senator Jon Corzine.

Are you looking for a Condo in the Austin Area? The Austin real estate market is full of condominiums all vying for the attention of buyers. Our team specializes in condominium listings and sales, and we’re here to help you sort it all out. There’s a lot more to getting the right Austin condo at the best price and without hassles than just loving the floor plan and the view.

We have worked with quite a few Austin condominium buyers, and we’ve found that the way to assure happy clients and repeat and referral business is to provide the most knowledgeable and thorough condominium buyer service package available in the Austin real...

What is the 'Full House' home up to these days?

With the Netflix spinoff of Full House, "Fuller House" in full swing, the crazy is all the same! Realtor.com decided to take a closer look at how the famous home has been doing and who the possible owners were.

The gorgeous Victorian, whose exterior appears in the opening credits for "Full/Fuller House," is located at 1709 Broderick Street in the Pacific Heights neighborhood of San Francisco. Even though the show is filmed entirely in a studio elsewhere, the home has gained quite the drawings of fans over the years.

The interest in the home has since then rocketed since the sale of the home to the new owner, Jeff Franklin, the producer of both "Full House" and "Fuller House." Jeff purchased the home in April 2016 and set forth plans to renovate the interior to finally match the set. Jeff was said to have various ideas with the course of the renovation, to possibly use it to film new footage of "Fuller House", or stage a sleepover for the cast, or just maybe rent of out the place.

Since the initial renovation interest, the plan has been granted although, there are some not to happy neighbors in the mix. Two of Franklins neighbors have recently filed a request for a "discretionary review" hearing, which could throw a wrench in moving forward. The surrounding neighbors are concerned that the reno plans might make the neighborhood even more overrun than ever.

Franklin “is a Hollywood producer who has bought the house for commercial purposes—promoting it as a fan destination, using it for promotional events and filming at the house,” complained neighbor Carla Hashagan in the ...

After years of touring apartments, John and Kim Andrews of Laguna Hills were soon to give up on finding a spot in their beloved New Orleans area.  The Andrews typically looked in industrial buildings and had yet to find anything that really knocked them out.

The couple recently walked by the sales office of the Standard, still under construction. The building, designed by Morris Adjmi, offers 89 luxury condos, an outdoor pool, outdoor kitchens, a concierge, and covered parking. This property included features that reminded Mr. Andrews of the properties in New York or Los Angeles. They signed a contract for a 1,407-square-foot two-bedroom with two baths for just over $1.1 million.

For the first time, New Orleans has a critical mass of luxury condos set to enter the market, deluxe finishes and amenities included.

To learn more about various Luxury Condos construction in the U.S click here.

Be the first to know when new listings hit the market.